Somogyi rebound aka "Somogyi's phenomenon" is a common phenomenon in pet diabetes: When blood sugar levels drop too far or too fast, the animal will defensively dump stored glucose from the liver into their bloodstream, resulting in high blood sugar. It happens more often with pets than with humans, since humans check their own blood sugar more often and have a better idea of the right insulin dose.

Because of the variability in a cat's response to insulin and that an individual cat's insulin needs can change greatly when not on a low-carb diet, they are more prone to having Somogyi episodes[1].

The blood sugar readings may go from a lowish number very suddenly to a high number, with a 'checkmark' shaped curve (see graph below). If overdose goes on for a few days, you may see few or no low readings, and just lots of very high and unpredictable readings that don't seem to correlate with feeding. Once in a while, a very low reading or even a symptomatic hypo may ensue.

The reason: Anytime the glucose level drops too far or too fast, the cat or dog may defensively dump glucose into the blood by breaking down glycogen from the liver. Hormones epinephrine and cortisol, as well as growth hormone and glucagon,[2] causing temporary insulin-resistance, will also be released into the bloodstream[3]. (If these are insufficient, hypoglycemia ensues!)( See the nice tutorial on the insulin/glucagon equilibrium at the link below.)[4]

Even when raising the insulin dose slowly and carefully, it's possible to pass the correct dose and go on to an overdose. (A typical case is increasing bidaily dosage from 1 unit to 2, passing a correct dose of 1.5 units.) This may produce a rebound -- a swift jump in blood glucose up from a dangerously low reading, to beyond the previous pre-shot level. The pet may be a bit less responsive to the same dose the next shot, from those other hormones. Repeating the overdose on subsequent days, and checking only pre-shot readings or urine glucose, can give the dangerously wrong impression that more insulin is needed! Remember to check occasionally at the expected nadir (low point) as well. Repeated overdose with long-acting insulins can even cause high, flat numbers all day long.

The effect is probably underrecognized in humans, as many also suffer the same ill effects from rapid or steep blood glucose drops[5]. This postgraduate medicine article regarding treatment of diabetes in people refers to Somogyi as "repetitive rebound hypoglycemia", calling it an easily treatable factor of poor control[6]. It was first documented by a Dr. Somogyi in 1938[7] as "Hypoglycemia-induced Hyperglycemia"[8][9].

A good explanation of Somogyi is that it occurs when too much insulin has been administered, but the amount of overdose is not enough to cause an actual, full-blown hypoglycemia incident. Because the body detects the fall in blood glucose, the counterregulatory hormones are released just as though it was a true hypo emergency. They signal the liver to release its glycogen stores and convert it back to glucose[10].

What if you don't stop it?

It's unusual to be monitoring glucose right when this happens, and typical to just continue the overdose, leading to a repeated rebound situation. So it's good to learn to recognize the patterns of repeated rebound.

When to suspect this

It's not always easy to tell a rebound from a regular curve showing insulin action ending normally. One way to tell the difference is to take a curve (repeated tests every 2 hours starting with the insulin shot) and look for the shape of the curve. If the curve is valley-shaped, and gradual, then you are not seeing Somogyi rebound. Other shapes should arouse suspicion. See the real-life example below.

Anytime blood glucose numbers seem higher after dosage is raised, consider the possibility of a somogyi rebound. But other things can cause unexpectedly high blood glucose too, so look for a clear correlation with dosage changes.

Glycogenolysis: The liver may dump glucose in reponse to other events, too. Dr. E. Hodgkins[12]believes that in some cases, an animal accustomed to extreme hyperglycemia may consider even a number such as 150mg/dL (8.5 mmol/L) "low", and proceed to dump glucose. See also obstacles to regulation.

Insulin resistance in the case where raising dose appears to have no effect over a wide range of dosage, it can be difficult to distinguish Somogyi rebound from true Insulin resistance. One way to check is to try a small booster dose of short-acting (R) insulin and take measurements of blood at 30 to 60 minute intervals for the next 4 hours. If the R has no significant effect, insulin resistance is more likely. If the R works very well, consider that the other insulin is being overdosed. 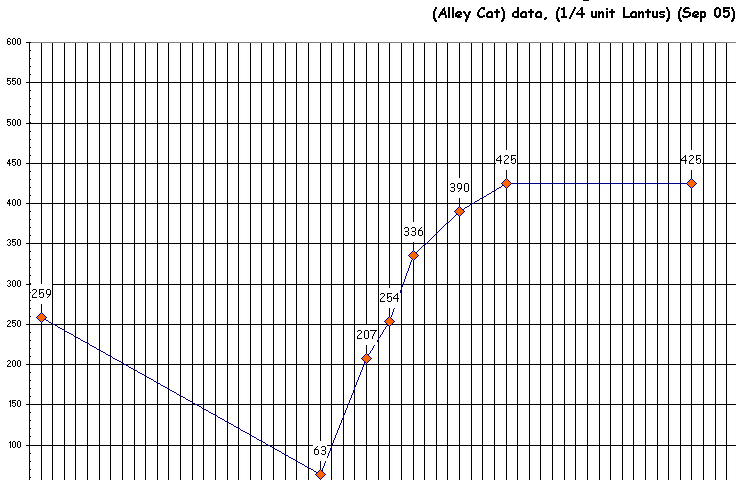 The advice here re: adjusting insulin is very much like that given to people with diabetes in helping them manage their own insulin needs.

Retrieved from "https://petdiabetes.fandom.com/wiki/Somogyi_rebound?oldid=16898"
Community content is available under CC-BY-SA unless otherwise noted.